5G accelerates automation on land and at sea

Traffic in Finland is automating at a rapid pace. 5G networks are essential in ensuring the reliability of self-guided vehicles. Automation enables equal opportunities for mobility and safer island traffic.

Ulla Tikkanen, Project Manager at Forum Virium Helsinki, recently returned from a business trip in Helmond, Netherlands, where she observed the test run of a remote-controlled car. During the test, the car was located in Stockholm, Sweden. “The vehicle was connected to a local 5G and controlled remotely in real time from another country,” explains Tikkanen, Head of the FABULOS project of the City of Helsinki innovation unit.

The FABULOS robot bus project is seeking a Europe-wide, scalable model for automated public transport. The project supports product development efforts by companies in order to discover innovative traffic solutions for the public sector. The companies with winning bids in the project will be announced by the end of 2018. Solutions will be developed with these companies and tested in controlled conditions. In 2020, pilot tests on robot buses will take to the streets into everyday urban traffic.

“It is crucial for the project’s success that 5G will be in commercial use by the time pilot tests begin, as the wide-scale deployment of driverless vehicles requires a network with no time delay and complete reliability,” says Tikkanen.

According to Tikkanen, robot buses will complement current public transport: “For passengers with impaired mobility or travelling with children, for example, the first and last kilometres of the journey are the most challenging at the moment. Self-guided buses can offer more specialised service over shorter distances and cost-effectively patch up holes in the transport network.”

Tikkanen also has personal dreams for the future of automated traffic: “I hope that in a few years, I’ll be able to cover the last leg of the trip to my holiday home from the train station by robot bus along with friends, dogs and the kids. Tikkanen points out that with self-guided public transport, it is possible to curb the increase in private cars and congestion and ensure equal opportunities for mobility.

But what about safety?

In developing automated traffic, safety naturally comes first. “The positioning of driverless vehicles must be based on more than one technology, and the latency of the data network must be low enough that in the event of a problem, the human is able to immediately intervene,” explains Tikkanen.

Safety in the development of automation is also emphasised by Timo Toivoniemi, Head of Connectivity at technology company Brighthouse Intelligence. The Turku-based company specialises in marine automation.

“In marine traffic, nine out of ten accidents result from human error. Automation can therefore considerably reduce the risk of accident. At the same time, we must not forget that technology is vulnerable. Every system on a vessel must include a fallback to ensure that operating capability is maintained if the technology fails,” Toivoniemi sums up. In his view, 5G will improve the operational reliability of vessels: “It is possible to divide a 5G network into private networks that are prioritised for specific purposes. This ensures the sufficiency of data in locations with a high density of users, such as in port areas. 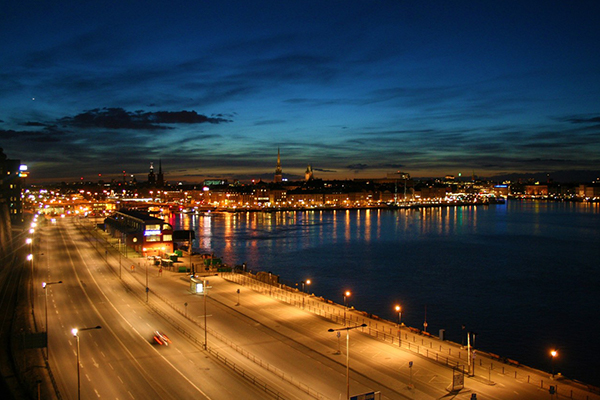 The ability to create private networks also enhances security. “The sensors in self-guided vehicles can be used to collect massive amounts of data about people’s movements. We must be able to ensure that it does not fall into the wrong hands,” Toivoniemi stresses.

Finland at the forefront of automation

Toivoniemi’s company has been involved in pilot studies on automated solutions in the Turku archipelago, among other regions. “The archipelago is a unique testing ground for automation due to the large amount of obstacles and other traffic. Similar opportunities do not exist in many countries, and conditions in the archipelago also place great demands on network infrastructure,” Toivoniemi explains.

According to Toivoniemi, attitudes towards the automation of traffic are positive in Finland: “For instance, the Finnish Transport Safety Agency Trafi strives to promote intelligent traffic. Admittedly, legislation on automated traffic is still underway. The speed at which automation will take place is also greatly affected by available funding.”

Tikkanen also commends Finnish attitudes on automated traffic: “For example, the strategy outlined by the City of Helsinki to be the most functional smart city in the world supports the automation of public transport.” Tikkanen points out that as Finland is ahead of many other countries in terms of 5G networks, technological advances are also supportive of the success of automation in the country.

Both Tikkanen and Toivoniemi stress the importance of cooperation between companies and the public sector. “Brighthouse Intelligence is involved in close and continuous cooperation with higher education institutions in the Turku region. This is beneficial to both research and marine businesses,” says Toivoniemi. “The know-how possessed by companies is essential in the development of public transport,” Tikkanen adds. Both agree that automated traffic is just around the corner: “Self-guided vehicles will fill the streets within a few years.”

5G Article
Previous article
In the future of virtual reality, a digital twin “teleports” us anywhere in the world
In 2016, Finland along with the rest of the world went crazy about the augmented reality game ...
Next article
More producers, flexible consumption – an agile power grid through 5G
The production of electricity is on the road to decentralisation. As small-scale renewable energy ...